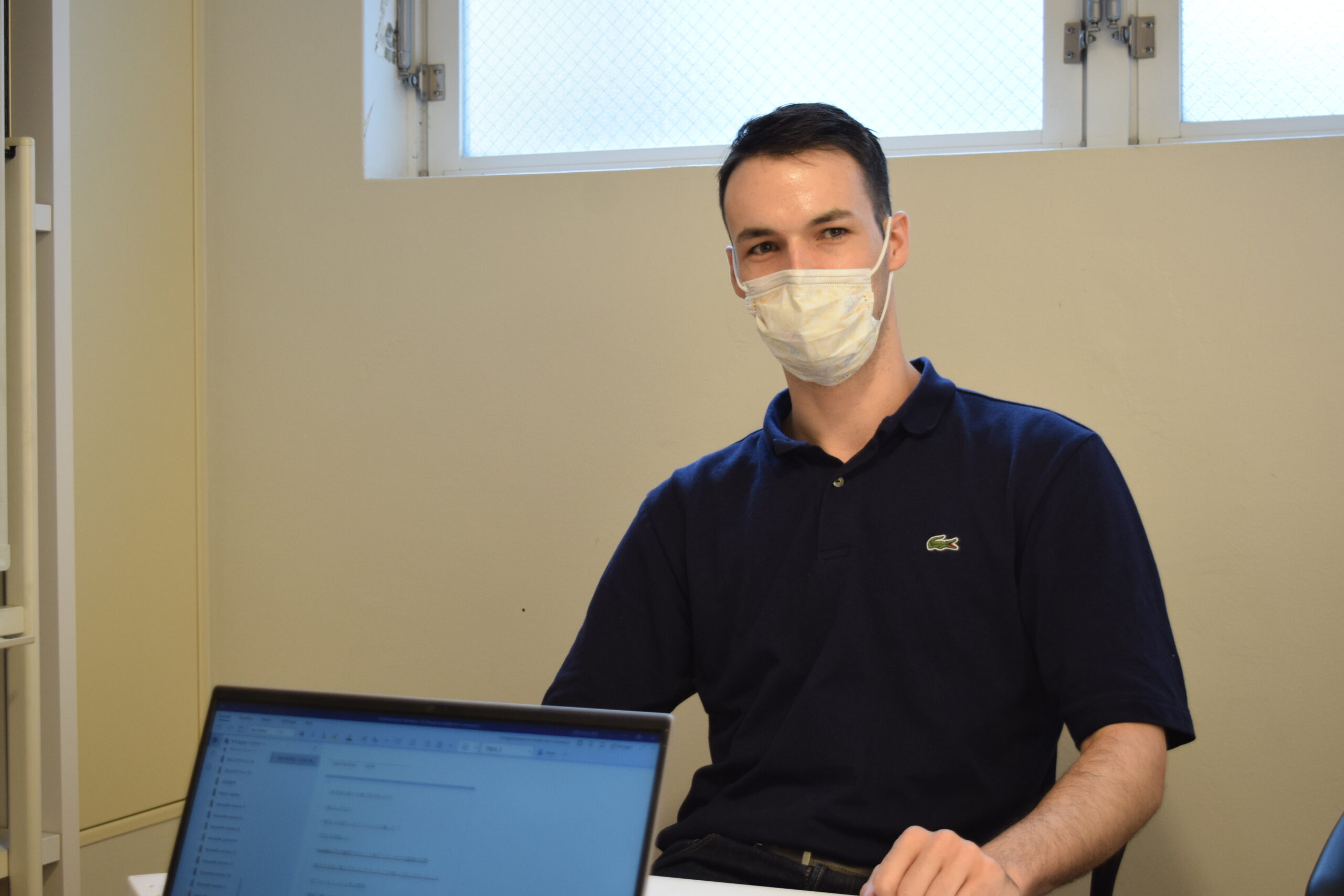 Jack : working as a engineer for a Japanese company.

We interviewed Jack, a full-stack engineer working at Scoville in Japan.

I am Jack Fowler, from Ohio in the US. I came to Japan in 2015. I Studied abroad, but then I went back and I worked in Awaji-Shima doing business development projects. In 2020 I enrolled into a software bootcamp, and then I was looking for work this year (2021). Luckily, I met and talked with an Inbound Technology Career Advisor.

How is this going?

I’ve accepted a good offer! I was also looking at some other companies as well. But in the end, I chose Scoville. And I think it was a good decision. There were some choices. But in terms of overall situation & environment, Scoville is a good fit and my colleagues are nice too

So this is your first job as a software engineer at Scoville?

Yes. I’ve taken some computer science courses before. I learned math in college, and then my first job was more on the business side. But I wanted to get more serious in software engineering. I enrolled into the coding bootcamp to hone my skills, and then look for a more official software engineer role.

And so what was the reason when you decided to move from the US to Japan?

I was in Doshisha University in Kyoto for a one year exchange, I was there for my junior year. I took a Japanese course for one year in college. I was able to learn a lot with one year of classes. I also had a kanji application to learn how to read jouyou kanji (常用漢字).
And then I came back to the US after I graduated.

Did you feel some differences between a Japanese company and a company that would be in the USA or a foreign company?

I haven’t officially worked for an American or foreign company, so I wouldn’t know for sure. But I think you still have some elements that are saying it like big or small-sized companies, IT versus non-IT companies, how old the company is, or what their product is.
At Scoville, members are much younger, which is different from other companies in Japan. Also, typical Japanese companies have Nenko-Joretsu（年功序列 ; Japanese system of promoting an employee in order of his or her proximity to retirement.）. So I think that that’s much different in terms of the structure being really having lots of rules. I guess that could be a big difference. Also the language, at Scoville, there are a lot of  foreigners who use English, I can mostly communicate in it.

What do you think is the reason for your happiness and success in your job hunting in Japan?

One is being kind of trying to talk with companies. I used recruiters.I just tried various ones in addition to Inbound Technology. I think it matters finding a recruiter that works. My recruiter from Inbound Technology was good at listening to my needs. I think it’s important to find which recruiter works well with you. Don’t be afraid to try to use a recruiter, I would say, because a recruiter can listen to and then find a job. I think the most important thing is probably just finding interviews first. Because if you don’t get the interview, you can never get an idea of what the company is like. It’s different than seeing the website or whatever they have online, you kind of want to meet the people, see that office or see what they’re doing, that’s important.
Also, I think it was helpful for the resume assistance, getting the checks on a resume or having someone to look over is good. Definitely, don’t obsess too much over the resume. At least a resume should be easy. But I would say don’t dwell on the resume too much. At Scoville, I have interviews for candidates, and I actually see the resumes from that perspective; if the explanation is concise and on target.

Did you have to give up something to switch from your previous job to a software engineer?

I liked the area for my previous job, Awaji-Shima. The area is one thing, but I think it was the best choice to join Scoville. About giving up, I’m not really sure about it. I definitely had the risks because I had to quit my job before I could find a new one. So I guess there’s a risk there. But since I already had made my decision, there are not so many regrets. Even though I still missed the previous work and the colleagues.

Last question, do you have a message for foreigners trying to find a job in Japan?

If you’re in Japan, I think you have more options in Tokyo. So probably trying to focus just on Tokyo is one good choice. And then, try to research more about the companies, and also try to find more like-minded people.Even better, if you could use some recruiters service, it would be best because they can tell you more about the market. Especially if you’re not in like Tokyo or somewhere around Japan and you can’t look for the information by yourself there, recruiters will look for the information that you will need. So if you can find someone willing to find some good opportunities for you, that will be quite helpful.
You may don’t really know the market situation until you start asking people. I tried to get in contact directly with companies and then also made use of recruiters and tried to find one that fits me. The recruiter from Inbound Technology who supported me was pretty good. He was easy to talk to and always available. That’s especially because of the COVID situation and you can’t actually go to the companies. So it’s a good thing to get in contact with people because recruiters definitely know about IT and the market. Overall, all I want to say is that try to get in touch with people to get information and help.